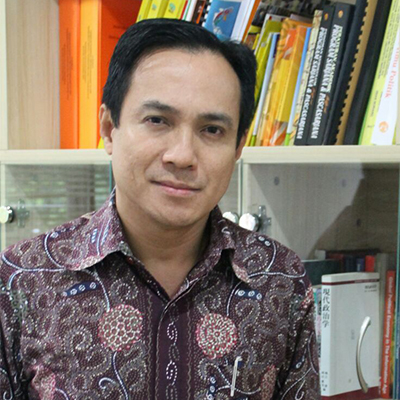 Julian Aldrin Pasha is a lecturer in Department of Political Science Universitas Indonesia. During President Susilo Bambang Yudhoyono’s second term era in 2009-2014, he worked as the Presidential Spokesman. Before undertaking his mission in presidential palace, he was Vice Dean of Faculty of Social and Political Sciences Universitas Indonesia from 2008-2009. He obtained his MA and PhD in Hosei University Graduate School, Japan. While finishing his PhD, he was also a visiting lecturer in Kanda University of International Studies, and Chairman of Southeast Asian Studies from 2003 to 2005.

The Role of State, Political Role of MITI and Its Compromise, Hosei, University, Japan, 2004