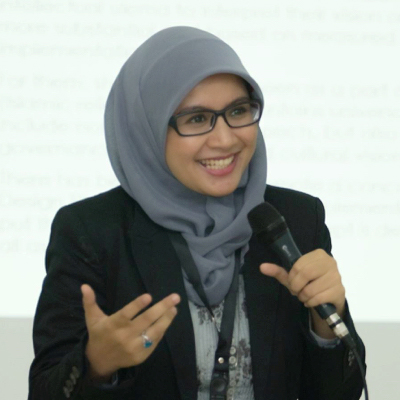 Hurriyah is a lecturer and currently Head of Undergraduate Program in Department of Political Science Universitas Indonesia. Previously, she was a researcher in Center for Political Studies Universitas Indonesia while she was also an expert staff of Commission II of Justice and Prosperous Party House of Representative Republic of Indonesia. In 2010, she obtained scholarship from Asia Europe Institute to continue her study in ASEAN studies at University of Malaya, Malaysia. She wrote about civil society and consolidation of Indonesian democracy for her final thesis.