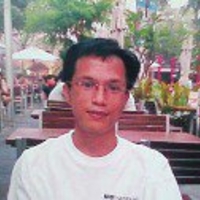 Donnie Edwin is a lecturer in Department of Political Science Universitas Indonesia. He earned his M.Sc. from Strategic Studies IDSS-Nanyang Technological University of Singapore in 2006. He has taught courses in the Indonesian political system (1995-2002); political economy (2001-2004); business and politics in Indonesia; executive and bureaucracy in Indonesia. His work has been published in several journals, such as Journal of Development Studies, Pacific Review, Journal of Contemporary Asia, Analisis CSIS, and Indonesian Quarterly. He has acted as a consultant to the UK’s Department for International Development, UNRISD, and Oxfam International. He is currently taking his doctoral degree in political science in Department of Political Science Universitas Indonesia